Forum for Trade and Development

Earlier this week, UK Secretary of State for International Development Priti Patel visited Kenya to see how UK aid is supporting projects that help lift the country out of poverty. Speaking to media, Patel was clear to balance her appeal for the public to take pride in the good work Britain is doing through the deployment of its generous ODA budget with stark warnings that she will “shut down” any British funding streams that are found to be wasting money. These comments are particularly significant in light of the upcoming publication of DfID’s multilateral aid review and latest economic strategy, both expected before the end of 2016.

Today more than ever being able to show transparent and measurable results is an absolute necessity. Patel’s strong focus on economic development is extremely timely as sustainability, stemming the flow of migrants from fragile regions, and strengthening relationships beyond Europe become paramount concerns for the UK. As Patel made clear on her trip, agencies receiving DfID aid will need to do more to promote economic development under her watch: “Economic development will be at the heart of what my department does. We will challenge the multilaterals to make sure they are focused on jobs, livelihood and prosperity.”

Given DfID’s support for the modernisation of Mombasa port, which serves as an economic and trading hub for the entire region, it is therefore no surprise that Kenya was the destination for the newly appointed Secretary of State’s first visit to the continent.

The project is led by Trade Mark East Africa (TMEA), a trade body working to open up trade in East Africa as a means to stimulate sustainable economic growth and prosperity. The modernisation of the port will have a massive impact not only on the Kenyan economy but also that of its landlocked neighbours and east Africa as a whole. A 400% rise in the 200 million tonnes of cargo that the port currently handles is expected by 2030. The modernisation of the port is expected to reduce the average time for cargo to transit the port by 2 days, leading to net benefits estimated to be at least US $1.3 billion, as well as thousands of new jobs resulting from the increased economic activity. Additionally, the port is being developed under a Green Port Policy with regulatory systems, health and safety reforms to reduce greenhouse emissions. These are exactly the sorts of facts and figures Patel’s department will need to produce to finally convince the detractors that the UK’s 0.7% ODA commitment is having a significant impact where it matters and that this is good news for both donors and recipients. 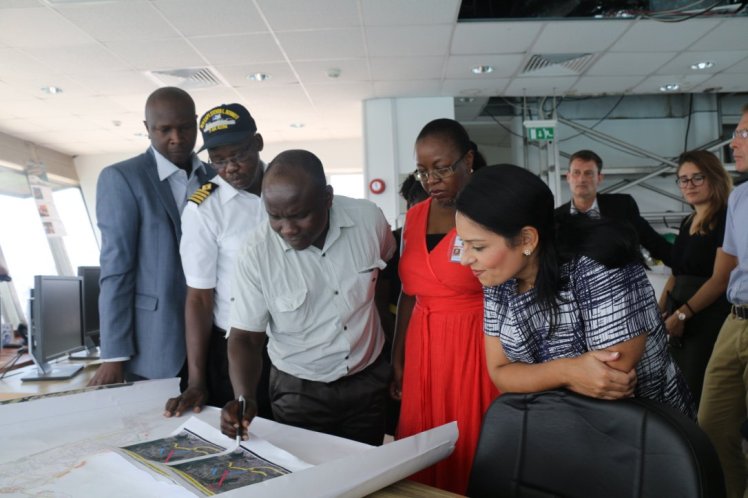